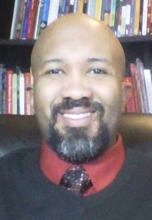 A native of Akron, Ohio, John completed his undergrad study at the University of Akron, earning his Bachelor of Arts in Education and his teaching license in Social Studies. He later completed his Master of Education degree at the University of Cincinnati, where he also earned his principal and superintendent licenses. He continues to pursue graduate study towards his doctorate in educational leadership and administration. He first moved to Columbus in 2007, and returned as a full-time resident in 2014 after completing a three year stint for graduate school in Cincinnati. His professional experience in education and related fields spans across traditional and charter schools, as well as into higher education. He has unique versatility and talent for serving effectively in a broad range of professional capacities including teacher, tutor, mentor, supervisor, administrator, instructional leader, researcher, adjunct instructor, organization co-founder, and president. For fun, he enjoys local food and coffee, sci-fi, video games, Ohio State Football, hanging out with friends and family, and the thriving Columbus-area arts and music scene. 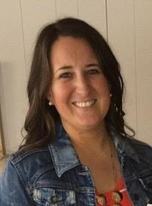 Katie is born and raised in Columbus, Ohio.  She attended The Ohio State University where she earned a Bachelor of Arts degree in Psychology and Human Development & Family Sciences.  She later attended Antioch University Midwest where she earned her M.Ed and licensure as an Intervention Specialist.  She currently teaches as an Intervention Specialist for kindergarten students.  When she isn't teaching, she spends a majority of her time with her family and friends. 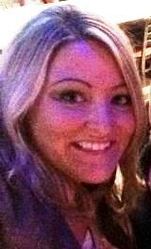 Kari hails from northeastern Ohio while also having strong family ties in Buffalo, NY – and currently resides in the great city of Columbus, Ohio. She presently works as an American Government teacher for the Electronic Classroom of Tomorrow. Kari is a first-generation college student, who loves to collect degrees. She holds a B.A. in Communications and also a B.A. in Anthropology from THE Ohio State University, as well as a Master’s degree in Education from Youngstown State University. In her free time she enjoys watching football (Go Bucks!), being outdoors, reading and being a geek.

​Julie was born and raised in West Chester, Ohio. She graduated with a B.S. in Education from the University of Cincinnati and continued on there to receive her M.Ed. in Education. After spending four years teaching high school English, she currently works as an advisor at Columbus State Community College and teaches a Freshman Seminar class. In her free time, she enjoys anything in the great outdoors, staying active, and watching movies.