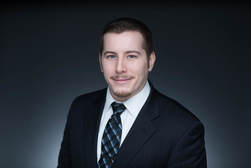 Sean Robins, Executive Director
Sean Robins joined the YEP National team in June 2017 and continuously supports students as an education professional, while advocating for education equity for all students regardless of their location. Going to school in South Carolina helped shape Sean’s passion for education. Sean works at the Bainum Family Foundation focusing on operations and policy to help advocate for education equity for children ages zero to three. In this role, he helps staff become more effective and efficient in their day-to-day operations and processes, while conducting policy research to be utilized to develop and implement the Foundation’s policy agenda. Previously, Sean taught adult education courses to individuals seeking their General Education Diploma as an Instructor/Tutor at the Greenville Literacy Association. He continued to directly support students within Student Services and Community Life at The Washington Center for Internships and Academic Seminars. Education has always been emphasized as something that was quintessential to being successful for Sean. As Nelson Mandela proclaimed, “education is the most powerful weapon which you can use to change the world.” Sean is proud of being the first individual in his family to graduate from a university and prides himself in having the ability to relate to many people from diverse backgrounds to help build towards a common goal and/or interest. ​Sean received his B.A. in Political Science from Furman University and is a current graduate student at American University where he is obtaining his Master of Education in Education Policy and Leadership.

Rachael Walton, Collaboration Director
Rachael Walton joined the YEP National Team as the Collaboration Director in June 2019. She graduated with a B.A. in Speech Communication from York College, City University of New York in 2007. Moreover, she has a history of leadership. After college Rachael was selected to participate in a prestigious political training in Washington D.C. sponsored by Emily’s List. In 2012 she was elected to serve as the Chair of the New York State Young Democrats Caucus of Color. And in 2014 Rachael was voted the first African American to serve as the Executive Vice President, where she engaged youth in becoming active in the political process throughout the state of New York. Ms. Walton was inducted into the Alpha Kappa Alpha Sorority Incorporated Epsilon Pi Omega Chapter in 2017. Currently, Rachael works at the New York City Department of Education as the Citywide Manager to implement Mayor Bill de Blasio’s top early childhood education initiative “Pre K for All.” She’s now in pursuit to reform education as a 2019 graduate of American University’s Education Policy and Leadership master’s program. Giving back to the community is a lifetime commitment to her and not an obligation. 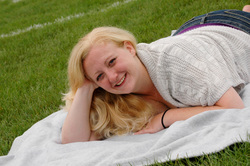 Stephanie Tantum, Communications Consultant
Stephanie Tantum joined YEP National as a Communications Consultant in 2015. By day, she is the Marketing Communication Associate for GlobalSubmit, a software company that caters to life sciences organizations. Off hours, she dedicates her time as a marketing and community relations consultant for start-up companies and non-profit organizations. Her portfolio includes various industries such as education, music, sports entertainment and human rights.

Stephanie's consultations focus on helping organizations leverage their unique communities, whether geographical or industry-based, to reach mutually beneficial goals. Her core competencies include marketing strategy, brand awareness, cross-organization partnering and process/resource efficiency.Originally from the Greater Philadelphia area, Stephanie graduated from the University of Scranton with dual bachelor’s degrees in philosophy and communication. 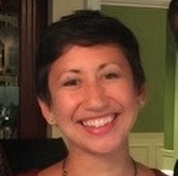 Sarah Setiawan, Salesforce System Administrator
Coming from a family of public school teachers, education has always been a priority and a passion of Sarah’s. She is currently the Director of Girard Foundation, a private foundation in San Diego. In her work there, she gets to collaborate with and learn from school leaders, policy experts, and community members who are fostering innovation and reform in K-12 education. Over the past five years, Sarah has helped a variety of nonprofits customize Salesforce to effectively track and use their data. As YEP’s Salesforce System Administrator, she is excited to help connect YEP’s members across the country in their work to address today’s education challenges. 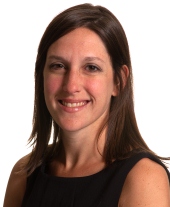 Kate Blosveren Kreamer, Strategic Advisor/Co-founder
Kate was the President of YEP-DC from 2007-2013. An Orange, Connecticut native, Kate received her bachelor's degree in Urban and Regional Studies from Cornell University, where she became increasingly interested in public policy and educational issues and became increasingly disinterested in cold weather and constant snow. She went on to receive her master's of public policy from the Georgetown Public Policy Institute in 2006, with a concentration in Education, Family, and Social Policy. Kate serves as the Associate Executive Director of the National Association of State Directors of Career Technical Education Consortium (NASDCTEc), leading policy and communications efforts to ensure all students have access to high-quality career technical education. From 2006 and 2013, Kate worked at Achieve, beginning as a policy analyst and leaving the associate director of strategic initiatives, leading a range of projects in support of the college- and career-ready agenda. Prior to her position at Achieve, Kate was a policy advisor at Third Way, where she acted as a policy liaison between the organization and its Corporate Leadership Committee, engaging on a very broad legislative agenda. Kate also spent a year as a research assistant at the Progressive Policy Institute, focusing exclusively on education policy issues. 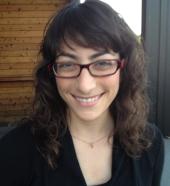 Ariel Jacobs, Strategic Advisor/Co-founder
Ariel was the Vice President of Programming for YEP-DC from 2009-2012. Ariel is currently a program officer in the Implementation and Support Unit (ISU) of the Office of the Deputy Secretary at the U.S. Department of Education. She oversees a portfolio of competitive and formula grants including Race to the Top, Race to the Top - District, State Fiscal Stabilization Fund, and Education Jobs. Prior to joining the Department, she managed the Aspen Institute Education & Society Program Senior Congressional Education Committee Staff Network. Ariel moved to DC in 2008 to work for the District of Columbia Education Compact (DCEC), where she focused on coordinating and aligning the work of the District's civic stakeholders and the public education agencies. Ariel began her career in urban public education as a Teach for America corps member in the South Bronx teaching middle school English and Social Studies. She then served as a founding staff member and U.S. History teacher at PACE High School in Chinatown. Originally from Wellesley, Massachusetts, Ariel received her B.A. in History from Macalester College. She holds an M.S. in Teaching Secondary Social Studies from Pace University and an A.M. in Social Policy and Community Organizing, Planning, and Development from the University of Chicago, where she was a McCormick-Tribune Urban and Community Leadership Fellow. Ariel was a 2011 DC New Leaders Council Fellow and the DC Chapter 2012 Institute Director. 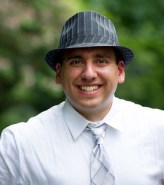 Jesse B Rauch, Strategic Advisor/Co-founder
Jesse B was the Vice President of Development & Partnerships for YEP-DC from 2009-2012. By day, Jesse B is the Executive Director of the DC State Board of Education, where he is focused on guiding and supporting strong education policy in order to improve the District of Columbia's public education system for all children. He has worked in education for almost a decade, focusing on how to best serve low-income, at-risk children, youth, and their families. He has expertise in the areas of education strategic planning, supporting robust human capital strategies, especially ones that address teacher turnover and retention, and increasing parent engagement and community organizing.

By night, Jesse B is a serial entrepreneur who has started several social ventures (both for-profit and non-profit) in the District of Columbia. The common thread between all of Jesse B's activities is that they build community and bring people together for a common cause or occasion. His strengths lie in strategic planning, social media, participatory social activities, and bringing like-minded people together. 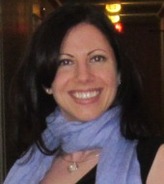 Elise West, Strategic Advisor/Co-founder and Salesforce Consultant
YEP's expansion outside of Washington, DC was Elise's brainchild and she was the founding Executive Director of YEP National from 2012-2015. Prior to that, Elise was the Vice President of Communications & Marketing for YEP-DC from 2009-2012. She feels like a proud mother of the six YEP chapters that were born in 2012. In her day job, Elise is a Technical Product Manager for Starfish by Hobsons, which is headquartered right outside of Washington, DC and helps higher education institutions retain their students.

Elise first became interested in the education field during college when she taught an introductory course for University of Maryland freshman and tutored high school students. After college, she taught English in Mexico, managed the office of a Maryland special education school, and worked on U.S. Department of Education projects while at the American Institutes for Research (AIR). Elise left research to get her M.B.A. at University of Virginia's Darden School of Business and spent her summer internship as an Education Pioneers fellow at GreatSchools in San Francisco. After graduating from Darden, she spent four years working at IBM Global Business Services as a government consultant and three years with the SchoolForce K-12 student information system product team at Acumen Solutions. Elise is the co-author of the business case "Break It Down Again: Evaluating the Small Schools' Reform" and served on the 2011 Education Pioneers DC Metro Area Alumni Advisory Board. 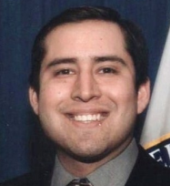 Emmanuel Caudillo, Financial Advisor
Emmanuel is the current President of YEP-DC and spent many years as YEP-DC's Vice President of Finance & Operations. In his day job, Emmanuel is a budget analyst at the U.S. Department of Education. He also serves as policy advisor for the White House Initiative on Educational Excellence for Hispanics. Prior to his current position, he worked at Abt Associates, National Council on Teacher Quality, Nevada Policy Research Institute, and the National Association of College and University Residence Halls. In his spare time, he volunteers with various civic education groups around Washington, DC. He received his B.A. in Political Science from the University of Southern California and his M.P.P. from The George Washington University.

Danny Rosenthal, Legal Advisor
Danny is also Legal Counsel for YEP-DC. Danny taught high school mathematics in Houston from 2006 to 2008. After teaching, he went to Harvard Law School, where he spent summers doing legal work in the central office of DC Public Schools. Danny is the author of an upcoming article on collective bargaining for teachers in Phi Delta Kappan. His writing on education and other topics has also been published by the Oregon Law Review, the Harvard Law & Policy Review, Education Sector, the American Constitution Society, the National Employment Law Association, and the New Criminal Law Review. 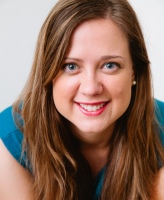 Alyssa Schwenk, Development Advisor
Alyssa Schwenk is the Development Advisor for YEP National and a member of YEP-DC; she was YEP National's inaugural Development Director from 2014-2015. During the day, she is the development manager at the Thomas B. Fordham Institute, where she is responsible for managing twenty-plus grants, foundation outreach, and tracking Fordham's impact on education policy. She started her career in K-12 education as a second-grade and kindergarten teacher at a DC charter school via Teach For America. Prior to coming to Fordham, she was a research associate at Change the Equation, a STEM-focused nonprofit. She graduated cum laude from the University of Pennsylvania with degrees in history and communication, and holds an M.Ed in early childhood education from George Mason University, and a Master’s in education policy from George Washington University. In her spare time, she enjoys running, coaching a Girls on the Run team in Northwest DC, and competing in pub trivia.