Tre Wells, President
Tre believes that through the collaboration of the many sectors in education, we can ensure a quality and equitable education for all students. Tre currently works on the data and evaluation team at Partnership with Children, a non-profit working to strengthen the emotional, social, and cognitive skills of vulnerable children in New York City.  Prior to this role, he managed the operations of education technology programs at DREAM Charter School in East Harlem. Tre received his M.A. in Economics from the University of Virginia and his B.S. in Mathematics from Morehouse College. In his free time, he enjoys playing basketball, spending time with his “little”, and binge-watching the latest show on Netflix.

Emily Behan, Events and Operations Chair
After graduating from Denison University in Ohio, Emily moved to New York City and worked in both school operations and as the Dean of Students at Success Academy. She then became the founding Director of Family and Community Engagement at Coney Island Prep charter school, a small community charter school in Brooklyn in 2014, establishing a family department and helping bridge the gap between the school and community. In the spring of 2017, she became the Dean of College at Coney Island Prep High School, managing the college department and helping to ensure that 100% of CIPHS graduates have at least one college acceptance. Emily believes in the power of higher education to close the achievement gap and enjoys working with families, scholars and communities to show that college is possible for anyone. 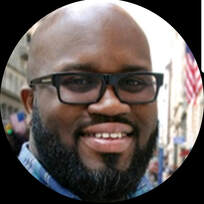 Dwight Williams, Marketing and Partnerships Chair
Dwight S. Williams is driven by his commitment to educational equity, economic empowerment, and the advancement of opportunity for communities of color. Dwight currently works as a 5th-grade lead math teacher at an Uncommon Charter School in Bedford Stuyvesant, Brooklyn and has served as a mentor teacher and instructional coach. Previously, Dwight worked as an Academic and Career Manager at Northern Manhattan Improvement Corporation in Washington Heights where he managed the educational and early-career outcomes of inner-city youth. Dwight earned his B.S. in Computer Science and Mathematics from Andrews University and a Master of Arts in Teaching (M.A.T.) from Relay Graduate School of Education. He enjoys playing basketball, soccer, and cricket, and adrenaline-inducing activities such as skydiving, bungee jumping, and zip-lining.

Chelsea Lewkow, Advisor
Chelsea believes in the power of strong networks to solve society's biggest problems. She is currently the Program Manager of NYC DOE's Teen Thursdays program that connects middle schoolers with cultural institutions around the city. Prior to that role, she was a Program Associate at the Bank Street Education CenterThe "Ed Center" is the consulting wing of Bank Street College and offers consulting services in strategic planning, professional learning experiences, and data collection and analysis. Prior to the Ed Center, Chelsea worked for two years as an Academic Case Manager at the Harlem Children's Zone. She received her B.A. in Sociology from Occidental College and her M.A. in Education Policy from Teachers College Columbia University.

Julianne Bozzo, Advisor
Julianne believes that all students should have access to a high-quality education, and she currently works to expand both 3-K and pre-K citywide as part of the Division of Early Childhood at the New York City Department of Education. Prior to the DOE, Julianne worked at a variety of educational organizations, including the Opportunity Network, the NJ Department of Education, and NYU Stern. Julianne received her MPA from NYU Wagner and her B.A. in Political Science from College of the Holy Cross. In her free time, she enjoys taking yoga and spin classes and exploring New York City.